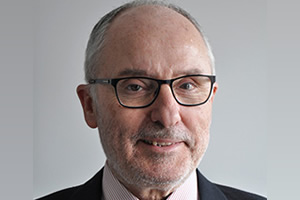 Rafael Ribó has been Síndic de Greuges de Catalunya (Catalan Ombudsman) since 2004. Now he is on his second mandate. He was President of the European Board of Directors of the International Ombudsman Institute (IOI) from 2009 to 2012 when he was appointed as one of the directors of the World Board.

With degrees in Economics and Law, Mr. Ribó is a university lecturer in Political and Administrative Science. A former MP in the Catalan and Spanish Parliaments, Mr. Ribó was Secretary General of the PSUC (Unified Socialist Party of Catalonia) and president of the Iniciativa per Catalunya political party. He has published several books, chapters and studies such as Catalonia’s Political System, The National Question and the Catalan Nations, Handbook of Political Science, Citizenship and Nationalism and Special Regions and European Union Treaty Reform.

About the Member's Office

The Catalan Ombudsman’s role is to handle the complaints concerning the public administration. The Ombudsman seeks to ensure the proper functioning of the Catalan Government (Generalitat) and local administrations, such as local councils, provincial governments or county councils. The Office also has the mandate of supervising private companies that provide services of public interest, such as electricity, telephony, water, gas, the post, etc. Elected through a majority vote by the Catalan Parliament, the Ombudsman is politically independent and acts with objectivity, freedom of criteria and independence.

As we know it today, it is a recent institution (1984), but its roots are clearly found in medieval Catalonia. In July 2006, Catalonia's new Statute of Autonomy was approved, which reinforces and grants greater competencies to the Catalan Ombudsman.

In December 2008, and pursuant to the terms of the Statute of Autonomy of Catalonia, the new Catalan Ombudsman Act was ratified as a law for the basic development of the Statute.

Title I of the Act establishes the law's dual purpose: to regulate the institution and designate the Catalan Ombudsman as a mechanism for the prevention of torture and cruel, inhuman or degrading treatment, as is called for in the Optional Protocol in the United Nations Convention.

Click here for further information on the Catalan Ombudsman’s Office.

Key Information on the Language Situation in this Country/Region

The most common issues handled by the Catalan Ombudsman regarding language rights are: the public administration’s failure of using citizens’ preferred language in relations; very little use of Catalan in courts of justice; the Spanish National Police’s demand to speak Spanish whilst patrolling in Catalonia, as opposed to Catalan; a lack language availability on public websites and traffic signs; little use of Catalan by private companies providing essential services; and a lack of teachers with a strong knowledge in Occitan-Aranese. Language in schools has been a matter of political controversy, rather than a language rights defence issue.

The Statute of Autonomy of Catalonia